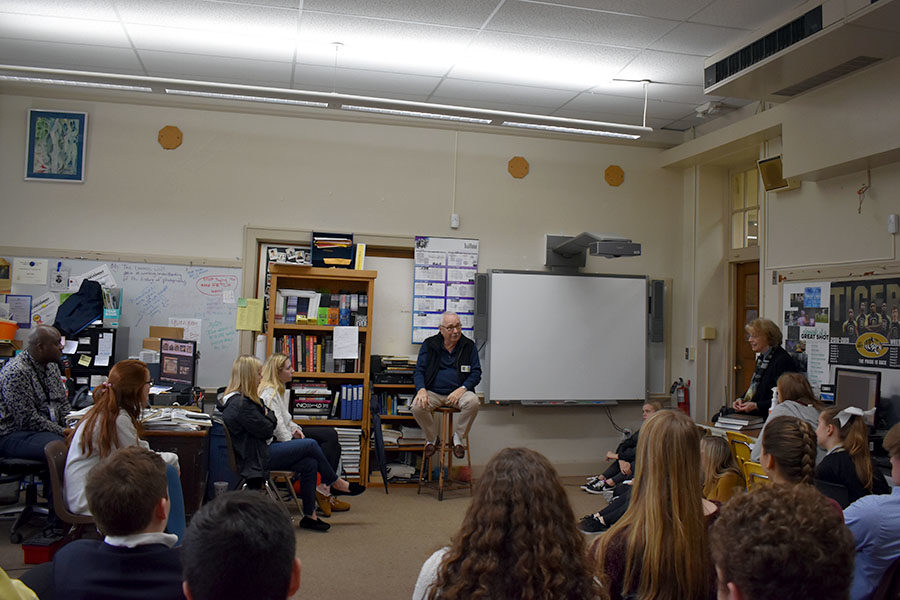 David Scruggs visits with the journalism department at Central on Feb. 22 to retell the experiences he went through during Central’s lost school year of 1958-59. (photo by Mollygrace Harrell)

Former Tiger sports editor David Scruggs was a student at Central in a troublesome time. In the school year of 1958-59, all Little Rock schools were closed and many seniors were deprived of graduating from Central.

“There were rumours that summer that Gov. Faubus would close schools,” Scruggs said. “But we didn’t believe that would ever happen. The Monday before school began, Gov. Faubus said the schools would be closed the next day. And they stayed closed.”

While the school was shut down and classes were not maintained, some school functions still occurred. The teachers had to come to school every day during the year, and the journalism department was maintained.

“I covered football games on Fridays and came in on Saturday mornings to write stories. The football team had to play games all year. We prepared stories to release for when the school reopened, but it never did,” Scruggs said. “Because students weren’t allowed to come to school, teachers would spend their time teaching each other. They got paid full salary for the entire year.”

One of the most influential aspects of the Lost Year on students was the media and news. Journalists would be around the school trying to catch students on their way out of the building to interview about the issues.