The Tiger Online • May 2, 2019 • https://tigernewspaper.net/3659/sports/new-soccer-coach-brings-enthusiasm-increase-in-player-skill/ 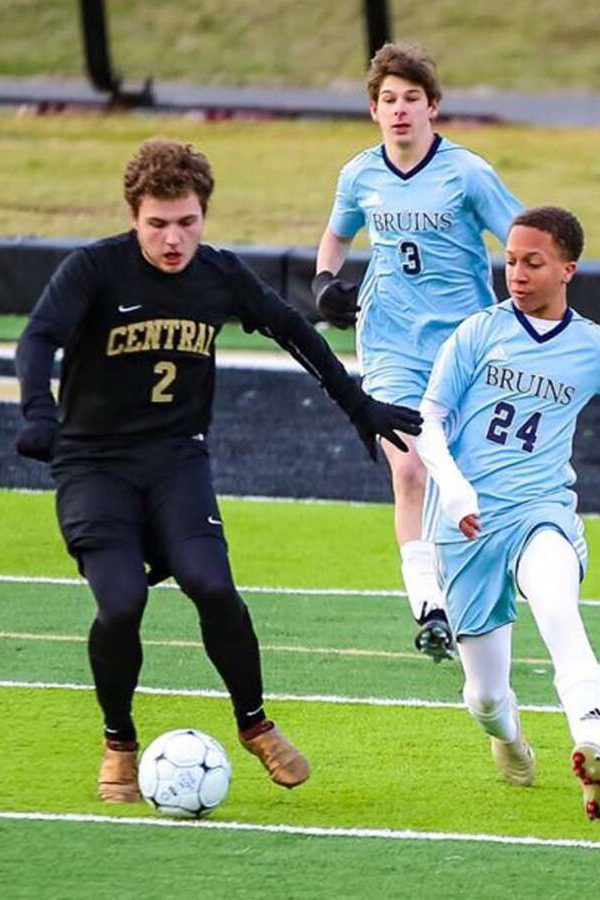 As the soccer season opens, the Tigers anticipate new talent — on the part of the players as well as new head coach Steve Laster. Though they have not worked with the new coach for long, many players have already seen improvements in the team.

“This year our teams plays better as a unit and communication has been increased,” senior Rivers Runion-Driskel said.

The new energy and enthusiasm from the coach seems to have translated well into the team, boosting morale of the players.

“I am looking forward to every game we have. The chemistry between players is much better than last year,” Rivers said.

However, while the team is experiencing increasing excitement for the coming games, players do not see the same enthusiasm from the student body.

“I don’t believe students get as excited for soccer games like football or basketball,” Runion-Driskel said. “In the United States soccer (futbol) is an under appreciated sport due to its origination around the world.”

As the soccer season falls so close to the end of the school year, seniors on the team often feel sentimental during their last season.

“The hardest part as a senior is to abandon my routine as a player,” Runion-Driskel said.  “I believe every player on the team remembers all four seasons and the seniors who led those seasons.”

However, while it is hard to see the seniors leave after four years of hard work and immense growth in skill, the legacy they leave motivates younger players to be the best they can be.

“I think that graduating seniors is exciting for underclassman because it gives them a chance to take over and lead,” Runion-Driskel said.