Heebiejeebies: POC’s Relationship with the N-word 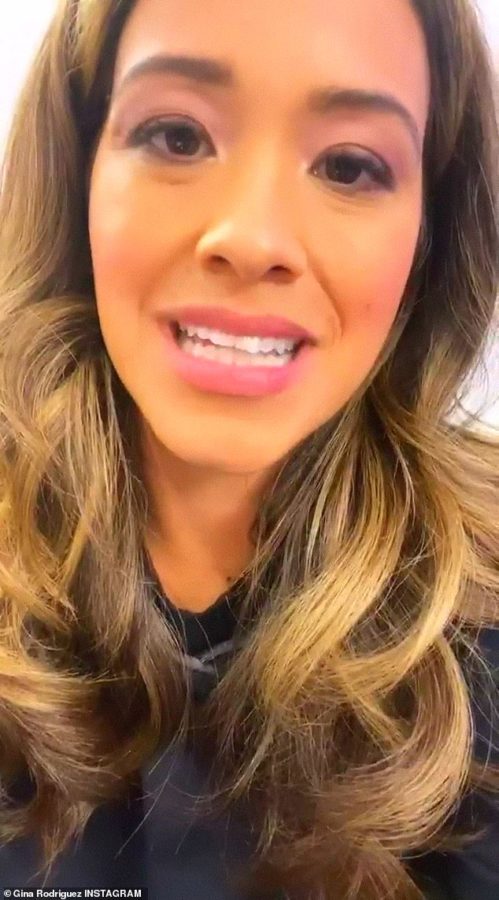 Actress Gina Rodriguez, a non-black person of color, provoked controversy when she was caught saying the n-word on her Instagram Live.

Before reading this article we would like to clear up a few points. Unless you are a black person of color (POC) you do not have any sort of ownership towards the n-word.

You may ask, what is the n-word, and who can say it? Is there such a thing as an n-word pass? Are you that black friend giving out passes? Do ni**as give you “heebiejeebies,” if so, then you may identify with Gina Rodrigez.

While on instagram live, actor Gina Rodrigez sang the iconic Fuguees’ single, “Ready or Not” and unintentionally exposed a racist tendency. Ms. Lauryn Hill would not approve, but apparently her fellow band member Pras would. In an interview the musician Pras said he believed Rodrigez could earn the right to the word. This is not to put all of the blame on non-black ethnic groups, as black people play an important role in giving other POC groups “n-word passes”.

There are some within the black community who believe that other POCs have some claim to the word or the ability to earn the right to use it. This thought process is born from society’s habit of grouping together all minorities. Due to systemic racism and oppression, we all share struggles, but every ethnicity’s struggle is their own. Yet, the idea of us being marginalized is a common link. Although we may share spaces in the community, there are boundaries. Sadly, in the dark corners of the community the “n-word pass” still exists.

If you find yourself in the dark of night contemplating whether or not your origin as a non-black POC gives you the right to use the n-word, let me tell you something: it does not.

If you’re a non-black teacher who assigns To Kill A Mockingbird and believes it is integral to the story for you to say the n-word, you are misinformed. When you pronounce this word in the classroom, it not only disrupts the environment but feels like an attack on black students who struggle with the reality of this word and the history behind it.

If you’re singing your favorite song, and the artist happens to be black and rightfully says the n-word, you as a non-black person don’t have the right to say it.

“I feel that what was done in the dark will come to light. There are secrets everybody’s gonna find out about,” Tupac Shakur once said.

If your race is black and your ethnicity is Latinx, you may choose to say the n-word because you are a part of the community. Latinx ethnicity does not inherently allow passage into black spaces, however.

The music industry is a perfect example of how not to act. Lil Pump, and every other non-black artist: stop saying the n-word. Rap music is not an excuse to use racial slurs. It is the same as signing your name on someone else’s work; it’s not yours. Rap and R&B both were intended for black audiences and the use of the n-word was to empower other BLACK POCs. The black community has worked hard to reclaim the ownership and meaning of the n-word; other races using it like its their own only muddies the struggle.

Although our relationship with each other as POCs is constantly changing, this is something that is strong in our understanding of black oppression. The n-word only belongs to those affected by it; it is no one else’s property but our own. Anti-blackness is present throughout all minority groups, and is rooted in white ideals and attitudes of superiority. We must work together to eradicate this painful reality.