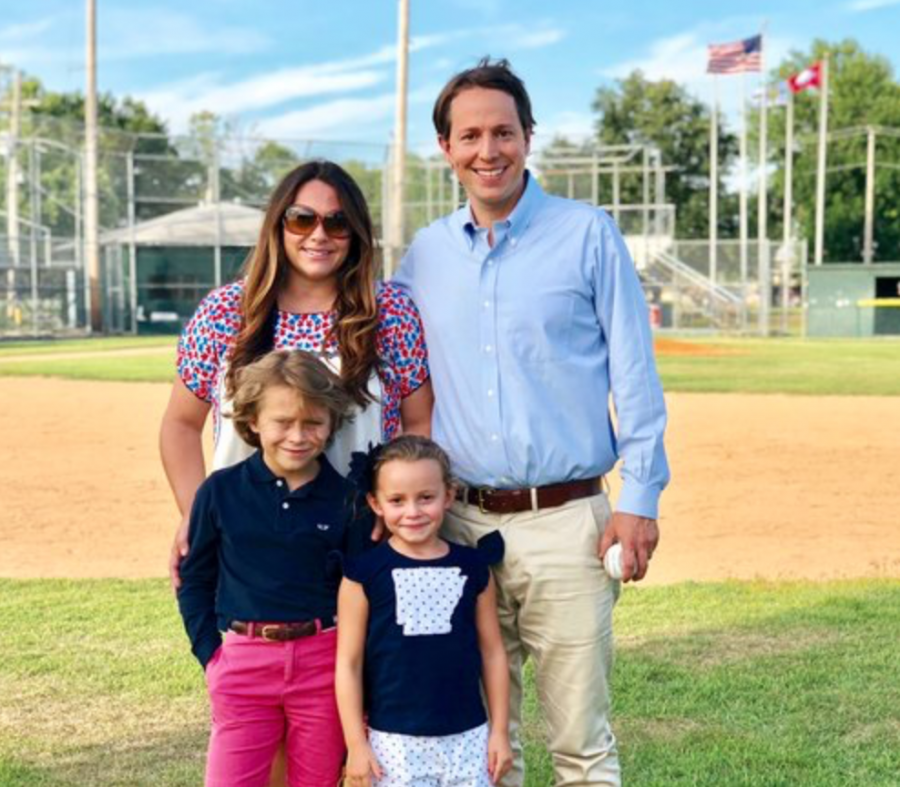 A former Democratic member of the Arkansas House of Representatives from the 35th district, Clarke Tucker, has now been elected to represent District 32 in the Arkansas State Senate. He will take office Jan. 11, 2021.

Running for office during a pandemic has been a new experience for every politician.

“The main goal when running for office is to get in front of as many people as possible, and that is just not possible in a year like this,” said Tucker.

He and his campaign team got creative by going to neighborhood parks, making phone calls and sending messages, and engaging with voters on social media.

As an alumnus of Central, Tucker said that his time at the school was filled with the most important and formative experiences of his life.

“Every day I walked into school, I appreciated the fact that I was walking on hallowed ground. I have undying admiration for the Little Rock Nine and what they did, and I relished having a chance to be a small part of their living legacy,” Tucker said.

He says the education he got inside the classroom prepared him for college and a career.

“Central is just simply the best high school in America, I wouldn’t trade my time there for anything,” said Tucker.

Since high school, Tucker developed an interest in politics. He said his beliefs are not reflected in the way President Trump leads.

“I have always believed in American exceptionalism (the belief that the United States possesses qualities that make it unique, different, and special) and that our civic institutions are bigger than any individual person, and the constitution and those institutions it created are what have sustained our form of government and way of life,’ said Tucker.

Tucker is a supporter of the Black Lives Matter movement. He said he thinks it’s evident to anyone who is paying attention that Black Americans suffer from systemic discrimination.

“Mass incarceration and lack of fairness in the criminal justice system are glaring examples,” Tucker said.

According to the CDC, There is growing evidence that many racial and ethnic minority groups are being disproportionately affected by COVID-19. Inequities in the social determinants of health affecting these groups are interrelated and influence a wide range of health and quality-of-life outcomes and risks.Factors that contribute to increased risk of Covid-19 in black and minority populations are discrimination, healthcare access and utilization, occupation, education, housing, and income and wealth gaps.  “We must be anti-racist, where we actively work to break down racial barriers that exist now and have for centuries,” Tucker said.

When Tucker previously served in the Arkansas legislature, he chaired a task force on how to address people with behavioral health (mental health and substance abuse) issues in the criminal justice system. He plans to continue his work while in office.

“I sponsored a bill that required all law enforcement officers in Arkansas to get thoroughly trained in crisis intervention so they know what to do when confronted with someone suffering in a mental health crisis. The bill also created crisis stabilization units, which help reduce crime, reduces the taxpayer burden for the corrections system, and provides better care to our sisters and brothers in need,” Tucker said.

Tucker said his main goal in office is simply to serve the people he represents and all the people of Arkansas.

“Obviously, in the wake of the pandemic, the number one priority will be to keep the people of Arkansas safe and healthy. We will also have to work on rebuilding the economy because we know people are suffering financially. We also have to continue the work of how to deliver a world-class education to our young people in these circumstances. I want to work as hard as I can not only for racial equity but for gender equity and other victims of discrimination as well,” said Tucker.