Rublev was Right: Athletes Use Their Court to Promote Peace 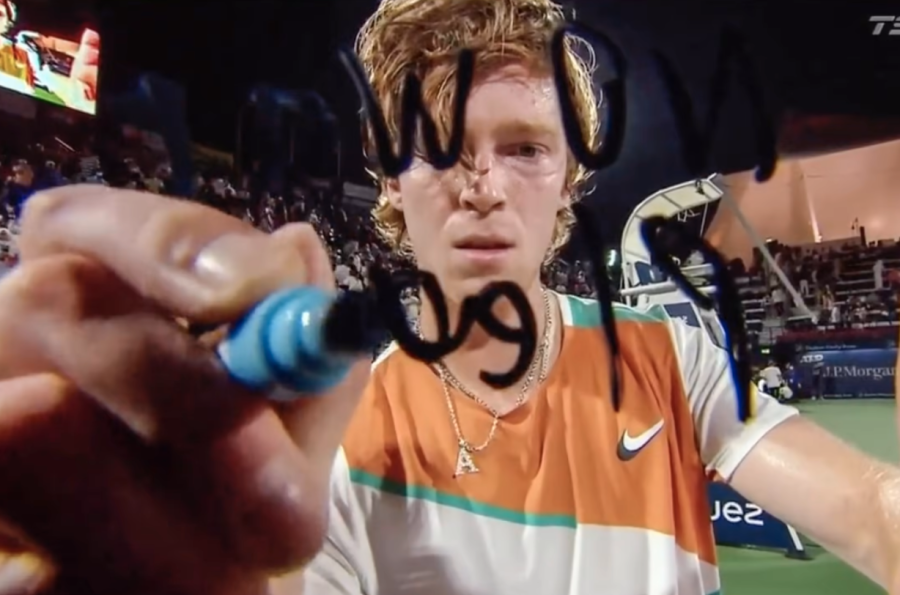 Russian tennis player Andrey Rublev shared a bold message of peace after winning a semi-final match at the Dubai Championship last month. “No war please,” he wrote on an ESPN reporter’s camera lens only one day after the invasion of Ukraine began.

One week before this game, Rublev teamed up with Ukrainian player Denys Molchanov to win the doubles tournament in France.

Highly criticized for ‘betraying his home country’ after the incident, I think Rublev did the right thing.

As Russia continues to bomb Ukraine unjustified and unprovoked, Russian citizens should be able to speak out on their opposing stance from President Putin and government officials. A tennis player advocating for peace over hate, unity over conflict, should not be as controversial as it is.

We’ve seen acts like this in sports before, too. Colin Kapernick taking a knee during the national anthem as a silent protest made headlines around the world in September 2016, even leading to his forced retirement. During the summer Olympics last year the women’s teams exposed the sexist undertones surrounding their training and living situations on TikTok. Attention these gained led to dramatic changes such as the women’s soccer team’s lawsuit against U.S. Soccer.

While being patriotic is generally a good thing, in a war or not, your country doesn’t always have to necessarily define you. 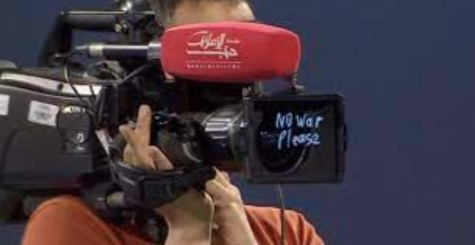 I agree that when competing athletes have some responsibility to represent their country. However, I also think it’s important to recognize the big events that are impacting the country’s greater population. For example, in the summer of 2020 right after George Floyd was killed, NBA players wore Black Lives Matters shirts to their next games and throughout the rest of the season. Considering it’s customary for tennis players to write on the cameras after winning a game, I commend Andrey Rublev. He should be able to support his fellow players and neighbors.

“In these moments you realize that my match is not important,” Rublev said during a press conference. “What’s happening is much more terrible. You realize how important it is to have peace in the world and to respect each other no matter what.”