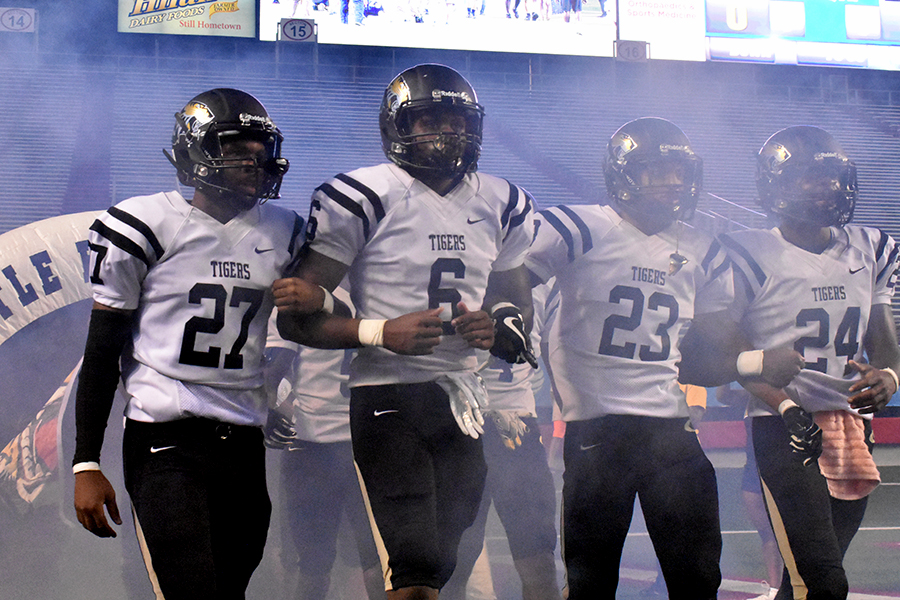 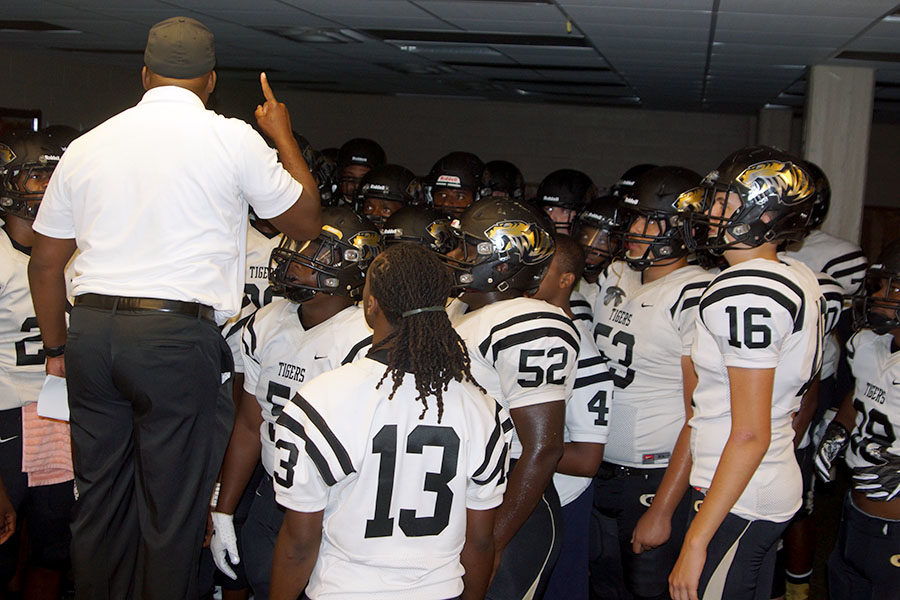 Gallery|5 Photos
The last speech, as the Tigers gather up for one last team meeting before they storm the field. (photo by Nico Heye)

The football team stormed War Memorial for a pre-season game on Aug. 21, through the Tiger tunnel, surrounded by smoke and chants from the student section. Students were decked out in colorful jerseys for the game against West Memphis. Although the excitement was there, the nerves were also high.

“Before the game I was nervous, but not in a negative way. I thought it was good to be nervous, especially for my very first varsity game,” sophomore quarterback Lawson Gunn said.

After a fumble by West Memphis, offense struggled to capitalize on their mistake and make adjustments to score during the first half.

“We went into halftime with the score being 0-14, but we talked to coach and knew what we needed to improve on for the next half and future games,” Gunn said.

In the third quarter, senior cornerback Johnathan Jones took a knee to the head in an attempted diving tackle. Although he he completed the tackle, he was taken out for concussion protocol. This was a major loss for the Tiger defense.

“I should be cleared to play by Friday, but I will be back in full effect for the blackout game,”Jones said.

Although the game ended with a loss for the Tigers with a final score of 0-35, the players still have high hopes for their conference season.

“I still have high expectations for this season. We still have the conference season to play we won’t change that expectation due to to one lose that’s non conference,” Jones said.

The players don’t just have high hopes for the season, but also for their new head coach as they look forward to playing Rogers Heritage in Rogers, today.

“We’re all very excited about the upcoming season and having Coach Laster. We’re coming together as a team and getting better everyday, so I very much look forward to the rest of the season and the next game,” Gunn said.

If you want a picture to show with your comment, go get a gravatar.