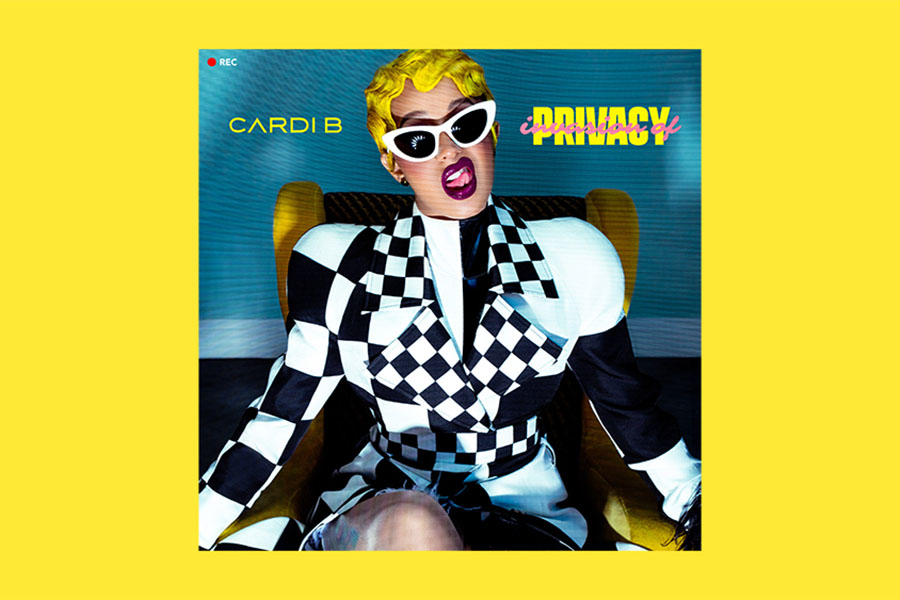 Cardi B first gained popularity off the VH1 show Love and Hip Hop: New York. She joined the cast in 2015, on it’s sixth season; she stayed till season seven, but upon her rise to stardom she quickly left the show. (photo courtesy of Courtesy of Atlantic Records)

Cardi B first gained popularity off the VH1 show Love and Hip Hop: New York. She joined the cast in 2015, on it’s sixth season; she stayed till season seven, but upon her rise to stardom she quickly left the show. (photo courtesy of Courtesy of Atlantic Records)

Were They One For the Books? 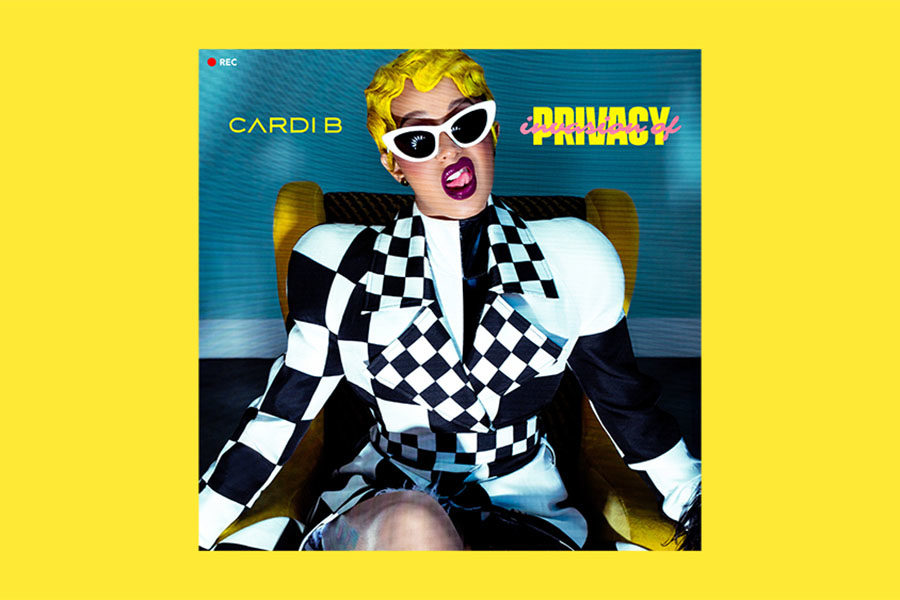 Gallery|9 Photos
Cardi B first gained popularity off the VH1 show Love and Hip Hop: New York. She joined the cast in 2015, on it’s sixth season; she stayed till season seven, but upon her rise to stardom she quickly left the show. (photo courtesy of Courtesy of Atlantic Records)

Rapper Cardi B abruptly popped into the rap/hip-hop game last year with her hit Bodack Yellow and has completely taken over since. Fans adore her outrageously bold humorous personality that she expresses both in reality and in her raps. Over the past year, Cardi B has gotten married, given birth, received Platinum on her debut studio album, racked up many music awards, and broke the record for being the first female rapper to achieve multiple chart-toppers. This summer was no exception for the continuation of her flourishing career. With the release of her certified Platinum album Invasion of Privacy she took the summer by storm; her singles “Be Careful”, “I Like It” with Bad Bunny and J Balvin, and “Ring” featuring Kehlani were amongst the top anthems of the summer.

Rapper and R&B singer Drake debuted his fifth studio album Scorpion this summer, and it instantly became the summer anthem album of the year. Scorpion was different in part that it was a double album, which featured an A side which was primarily hip-hop, and a B side which was primarily R&B and pop. From both sides came the favored top hits “God’s Plan”, “Nice For What”, “I’m Upset”, “Don’t Matter to Me”, “In My Feelings”, and “Nonstop”. You would absolutely be lying if Drake’s number one hit, “In My Feelings”, was not constantly playing on loop in your head all summer. The song itself was made into its own hashtag challenge that celebrities and fans took part of; sharing their own entertaining video renditions of the challenge, constantly trying to top one another. Ultimately, actor Will Smith, took home the winning trophy by both videoing the challenge with a drone and dancing on top of the Budapest’s Széchenyi Chain Bridge.

Donald Glover (AKA Childish Gambino) has been deemed a true mastermind of our generation. As a singer, rapper, DJ, actor, comedian, writer, and director he has easily risen into a Hollywood treasure. At the beginning of the summer he released the racially charged song and music video “This Is America” directed by Hiro Murai. The video was meet with both support and controversy as it addressed the issues of the Black Lives Matter Movement, police brutality, guns, the NRA, and the structure of the black community. Glover also released two summer singles “Feels Like Summer” and “Summertime Magic” which both shared a similar tone of soothing, tropical vibes.

With continuous waves of feminism and acceptance of the LGBTQ+ lifestyle into our society, there is an obvious need for an album to embody those things, Janelle Monáe’s third studio album, Dirty Computer, did just that. With the release of her album, Monáe also created and presented a 46 minute Emotion Picture film to accompany it. The film was set up as a futuristic dystopian theme where Monáe is the main protagonist trying to fight the urge to be purified from her “dirty computer ways” by her now robotized ex lover, played by Tessa Thompson. The video features flashbacks of Monáes memories before the robotic invasion took over, when she was happy with Thompson’s character and her other close friends; these memories are what make up most of the musical components of the film. This concept album was preceded by these three singles, “Make Me Feel”, “Django Jane”, and “Pynk”, and one promotional single, “I Like That”; all of these songs shared the same narrative of strong female personas, who are open to their sexuality and femininity.

The Carters are a power couple who have been through it all. From the scams of the music industry, elevator fights, snakes in the grass, pregnancy, infidelity, and the invasion of “Becky with the good hair” it’s no surprise that they have plenty of issues to address, and they have been doing exactly that, through their recent albums. Beyoncé stopped the world on April 23, 2016 when she released her visual album Lemonade on HBO. At the time we all knew that most of the anger, resentment, forgiveness, passion, and love that could be found in the songs and tone of Beyoncé were all stemming from the way she felt about Jay Z at the time. The work felt like the story of the downfall of their relationship and Beyonce was using it as an outlet to express and finalize her feelings. Almost a year later, Jay Z released the highly anticipated thirteenth album 4:44, fans and observers of his music could easily pick out that this was one of his most personal albums; where he addressed his own infidelity and faults in his relationship and marriage to Beyoncé. These heartfelt albums were the connectors to make us believe that Beyoncé and Jay Z were headed in the right direction to soothe things over and be happy again. Anticipating music from both of the artist after, fans were all shocked when the power couple released the album, EVERYTHING IS LOVE, this year while they were on the On The Run II Tour. The featured song “APESHIT” took over all the charts and became popularized around it’s music video, which was filmed in the Louvre. The album was filled with songs of black pride, culture, closure, entitlement, and love; some of the other most popular of the albums songs were “SUMMER”, “BOSS”, “NICE” and “BLACK EFFECT”.

Ariana Grande was the prominent female singer who took over all the musical outlets this summer. Listening to her sultry voice, perfect high-notes, and club-worthy beats mixed together never got boring even when constantly played on the radio. Grande released her fourth studio album, Sweetner,  on August 17; but before the late album dropped, earlier in the summer she released the two chart-topping songs “God Is a Woman” and “No Tears Left To Cry”. The songs were met with rave reviews, but it was her music videos that took the media by storm. Grande’s music video, “No Tears Left To Cry”, took on a more visually trippy edit, where some scenes the whole city and world were literally upside down and Grande effortlessly navigated her way through it, defying gravity. It was her music video “God Is a Woman” which stunned all viewers. The name itself drew in some controversy due to the religious allusion that implies that God, whom most monotheistic religions believe is the embodiment of a man, is in fact actually a woman. Whether Grande was trying to start a theological uproar or discussion amongst certain religions is unsure, but there is no denying that the music video that accompanied “God Is a Woman” was something absolutely spiritually awakening. The video was aesthetically mesmerizing with it’s inclusion beautifully mixed colors, gorgeous costumes and makeup, mythological and biblical allusions, and the ending scene of Grande as God and a black woman representing Adam alluding to the painting “The Creation of Adam” by Michelangelo.

Not all of the top summer songs were brought into the media for the sake of summer and having fun. On June 18, 2018, many fans were shocked and saddened to hear about the murder of rapper XXXTENTACION. He was an up and coming popular rapper, who lots of people resonated with due his melancholy yet truthful songs and lyrics. Lots of celebrities and fans took to social media to express their condolences. XXXTENTACION song “SAD” rose to number one in the wake of his death.

The Queen of Rap is here and steadily ready to conquer. This summer Nicki Minaj automatically took over with her singles and music videos, “Chun-Li”, “Barbie Tingz”, and “Bed” featuring Ariana Grande. At all of the music awards, she racked up on plenty all while they still continuously staying on the charts during the entire summer. “Chun-Li” was one of her most popular and favored singles for the summer, with it’s vibrant and extotic music vidoe and cut-throat rap lyrics. She released her full album Queen on August 10, which has been meet with rave reviews.

Talk about a hit! British singer and songwriter Ella Mia’s single “Boo’d Up” was on constant replay on radios and all musical outlets this summer. It was amongst the top of the summer anthems and had everyone wanting a “boo” for the remainder of the summer. The song itself was actually released in 2017, but did not get it’s full recognition until the beginning of the summer. It caught on quick and stuck, Ella Mia is now the first female R&B/hip-hop singer with the longest running number one single in a decade.